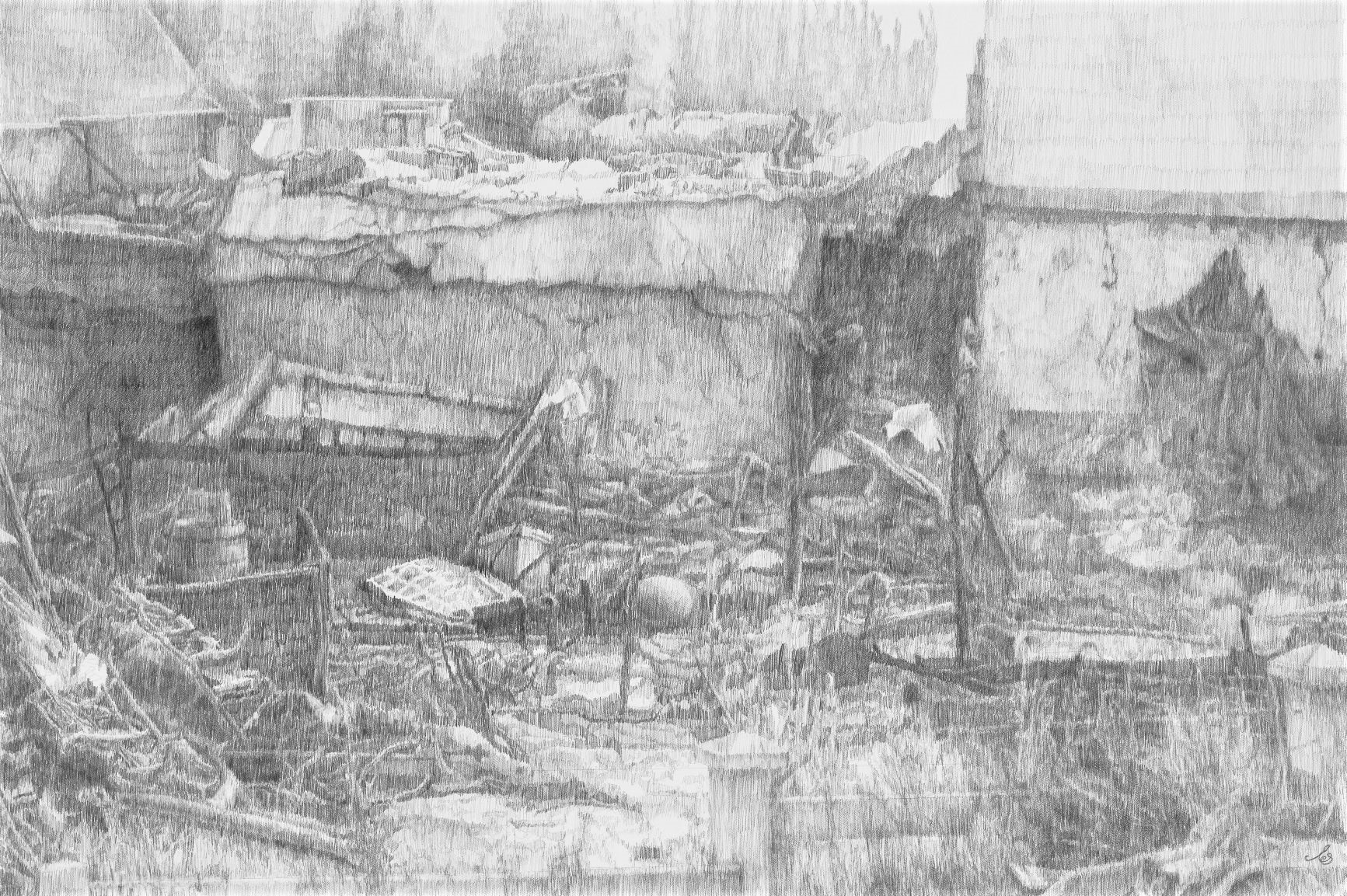 Paused at the edge of the world, in a long quiet moment that asks for reflection on what was and what will be. This feeling approaches the experience that Esther Schnerr’s thesis work evokes; her drawings require contemplation in order to develop a subjective conception and understanding. In a monochrome play of light and dark, realism and abstraction, we encounter imagery we think recognize but do not. Twelve monumental works; each conceptual ruins shrouded by utmost dexterous technique. The Gobelin-like works invite us to come closer with infinite carefully and vertically arched lines that create at times organic, at times architectonic, but ever fragile images of seemingly deserted places.

The images are breakable the way a memory can escape you.

Yet, panic remains absent; for now these drawn representations are fictive. Initially, the size of the works overwhelms us, but as we come closer to the works this spatial usurpation is temporary replaced with a calmness. The aesthetics and specifically the recognition of individual facets, such as air bubbles, flora, mollusks and predators, buildings and even particular lines an sich, provide space to create one’s own narrative, and consequently to step back again to test one’s findings with the full image. Schnerr’s oeuvre speaks up, but, more importantly, it listens. 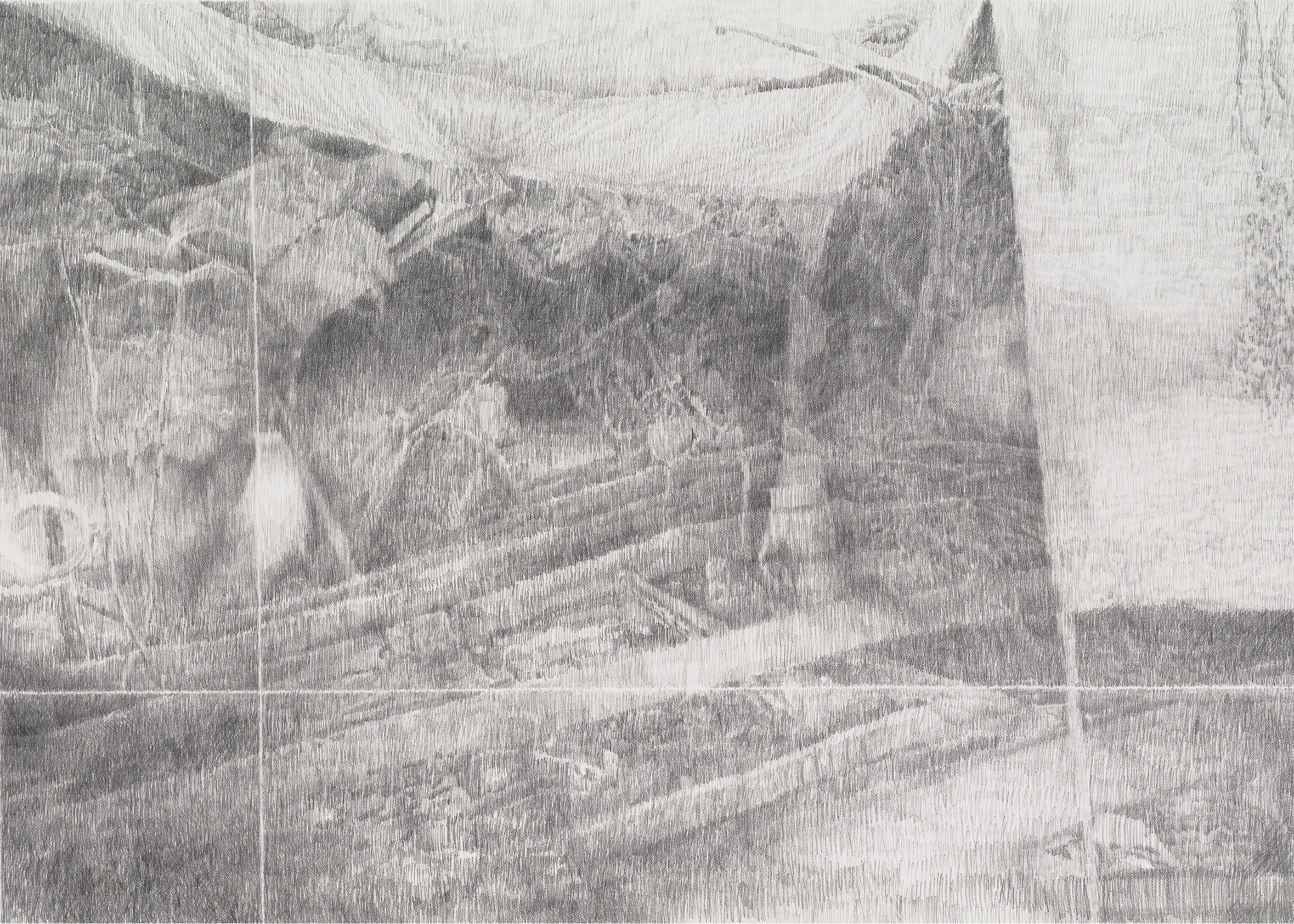 The magnitude of these works is indisputable. As also becomes apparent from the topics that underlie these drawings: the Cambrian sea, the Carboniferous Period, air planes crashes, metropolises, deforestation and floods. Although, specific events influence the idea for her work, and Schnerr composes collages of found imagery to construct compositions, her hand and the image quickly take over from one extracted point of origin. At the most, one will find a residue of these events in the title of the work. Ever since Schnerr was a child, she has fostered an enormous admiration for the (geological) history of the world; a passion that increasingly is being agonized by feelings of sorrow and guilt for the beauty that is lost; for good. Seen in this light her works become a silent but not less outspoken method of protest. It is within the force of silence in this work that we hear the concern of the artist.

Silence appears to be an important motive in Schnerr’s work overall; not only in a sense of momentous timelessness akin to snapshots, but also in the fact that humanity is notably absent from each work.

This absence comprises an interesting dichotomy for the work either refers to a time when humans did not yet exist, or to a time when humans seem to extinct. The latter probably as a result of their former destructive presence, which is visible in collapsed buildings or deserted sky scrapers. In this series of drawings we see the earth as a memory and as an imaginary future in which a still solitude is omnipresent; a painfully beautiful allegory for our world as an eternal ruin.